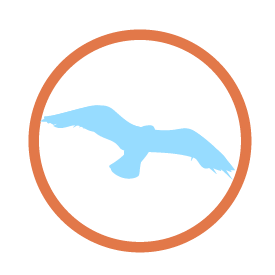 Seabirds are a vital part of marine ecosystems and valuable indicators of an ecosystem’s status.  Seabirds are attracted to fishing vessels and frequently get hooked or entangled in fishing gear, especially longline fisheries. This is a common threat to seabirds. Depending on the geographic region, fishermen in the United States often interact with albatross, cormorants, gannet, loons, pelicans, puffins, gulls, storm-petrels, shearwaters, terns, and many other species. We track seabirds because of their importance to marine food webs, but also as an indication of efficient fishing practices.  We present estimates of seabird abundance in the Alaska, California Current, Gulf of Mexico and Northeast regions.

Data for Alaska, California Current, and the Gulf of Mexico were obtained from the regional NOAA Integrated Ecosystem Assessment Program teams that produce indicators and Ecosystem Status Reports. For more information see https://www.integratedecosystemassessment.noaa.gov/. Seabird count and transect length data for the Northeast were extracted from the Atlantic Marine Assessment Program for Protected Species (AMAPPS) annual reports. Counts were summed and divided by the sum of the transect length in nautical miles. For more information see https://www.nefsc.noaa.gov/psb/AMAPPS/

Between 2015 and 2019 the seabird breeding index showed no significant trend.

The gauge value of 12 indicates that between 2015 and 2019 the seabird breeding index in Alaska (Eastern Bering Sea) was much lower than the median of all breeding index values between 1996 and 2019.

Seabirds are a vital part of marine ecosystems and valuable indicators of an ecosystem’s status.  Seabirds are attracted to fishing vessels and frequently get hooked or entangled in fishing gear, especially longline fisheries. This is a common threat to seabirds. Depending on the geographic region, fishermen in the United States often interact with albatross, cormorants, gannet, loons, pelicans, puffins, gulls, storm-petrels, shearwaters, terns, and many other species. We track seabirds because of their importance to marine food webs, but also as an indication of efficient fishing practices.

This data was compiled by the US Fish and Wildlife Service and the multivariate index is calculated by a NOAA author. The Alaska Maritime National Wildlife Refuge has monitored seabirds at colonies around Alaska in most years since the early- to mid-1970’s. Time series of annual breeding success and phenology (among other parameters) are available from over a dozen species at eight Refuge sites in the Gulf of Alaska, Aleutian Islands, and Bering and Chukchi Seas. Monitored colonies in the eastern Bering Sea include St. Paul and St. George Islands. Here, we focus on cliff-nesting, primarily fish-eating species: black-legged kittiwake (Rissa tridactyla), red-legged kittwake (R. brevirostris), common murre (Uria aalge), thick-billed murre (U. lomvia), and redfaced cormorants (Phalacrocorax urile). Reproductive success is defined as the proportion of nest sites with eggs (or just eggs for murres that do not build nests) that fledged a chick.

Data only include the species listed above in the Eastern Bering Sea Sub Region of Alaska. Reproductive activity of central-place foraging seabirds can reflect ecosystem conditions at multiple spatial and temporal scales. For piscivorous species that feed at higher trophic levels, continued reduced reproductive success may indicate that the ecosystem has not yet shifted back from warm conditions and/or there is a lagged response of the prey. Despite environmental changes returning back to more neutral conditions, seabird foraging conditions do not appear to have recovered in the eastern Bering Sea. In contrast, the improvement in attendance and minimal reproductive activity among murres in the Gulf of Alaska during 2017 indicates some improvement in foraging conditions for those species. Data can be directly accessed here: https://apps-afsc.fisheries.noaa.gov/refm/reem/ecoweb/Index.php?ID=9

Between 2015 and 2019 the seabird density anomaly showed no significant trend.

The gauge value of 48 indicates that between 2015 and 2019 the seabird density anomaly (Cassins Auklet spring) in the California Current region (Southern) was lower than the median of all density anomaly values between 1987 and 2019.

Data are from CalCOFI surveys (http://calcofi.org/field-work/underway-observations/380-bird-observatio…), courtesy of Dr. Bill Sydeman of the Farallon Institute (wsydeman@faralloninstitute.org) and displays information about Cassin’s Auklet (Ptychoramphus aleuticus)  observed in Spring. Data are shipboard counts, transformed as ln(bird density/km2 +1) and expressed as an anomaly of log density relative to the long-term mean.

Data displayed here only represent the estimated density of one species for one season in one region of the California Current Ecosystem. Values for the last three years are exactly the same, as the number of individuals identified has been the same.

Values indicate the relative seabird abundance in the Gulf of Mexico based on a Relative Abundance Index.

Between 2000 and 2014 the relative abundance of seabirds showed no significant trend.

Ideally, abundance indices for true pelagic seabirds would be presented, as they would be more representative of the state of the pelagic ecosystem and the quality of the larger-scale forage base in the GoM (2017 Ecosystem status report update for the Gulf of Mexico. NOAA Technical Memorandum NMFS-SEFSC-706).

Between 2011 and 2019 the seabird count per nautical mile showed no significant trend.

Seabird count and transect length data for the Northeast are extracted from the Atlantic Marine Assessment Program for Protected Species (AMAPPS) annual reports. Counts for all seabirds observed are summed and divided by the sum of the transect length in nautical miles. 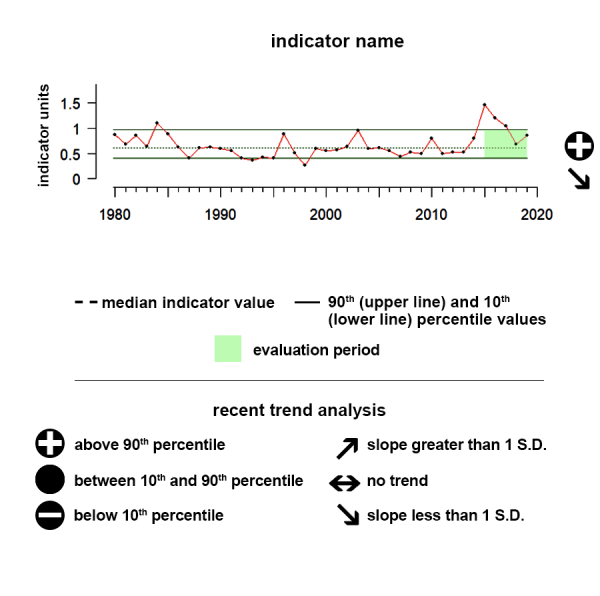 We conduct surveys and develop abundance and distribution models to better understand how protected species such as whales, dolphins, and sea turtles use our waters.

Cordell Bank National Marine Sanctuary protects an area of 1,286 square miles in one of the most productive offshore regions in North America! The sanctuary is located about 43 nautical miles northwest of San Francisco, California, and is entirely offshore, with the eastern boundary five miles from shore. The undersea oasis of Cordell Bank and the surrounding waters teem with life and provide food for hundreds of thousands of seabirds that travel from the Farallon Islands and the Point Reyes peninsula or that have migrated thousands of miles from Alaska, Hawai’i, Australia, New Zealand, and South America! Cordell Bank is also known as the albatross capital of the Northern Hemisphere because five different species have been documented there. At least 75 species of seabirds have been observed throughout the sanctuary. 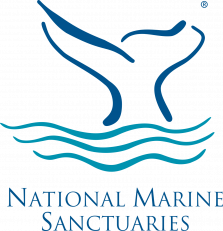 A short article about the importance of arctic seabirds from NOAA's OER Hidden Ocean 2016 Expedition.

The IEA Program evaluates the status of the California Current Ecosystem by interpreting a variety of environmental, biological, economic, and social indicators. Current and historical indicator data are organized categorically with a graphic showing the most recent 5-year trend and status relative to the long-term mean; the graphical interface allows for dynamic plotting and data download options. Many of these indicators are presented to the Pacific Fishery Management Council in annual status reports.